Prices subject to change. King Condrell’s can not be held responsible for misprints on this website. 8/2012; 7/2020 Condrell’s Inc. All rights reserved.

The word Condrell has proven to be a tricky one for some people to pronounce  and  spell,  which surprises anyone that grew up in Kenmore in the 1960’s or later. Condrell’s has been offering its delicious goodies from its 2805 Delaware Avenue address since Nick Condrell converted a butcher shop into the candy and ice cream shop back in 1966. He gave the shop his Greek last name, but the story actually starts a little futher back.

Louis Liakeas, proprietor of the original and beloved Garden of Sweets on William Street, taught the business to his son-in-law, Nick Condrell, who had married Liakeas’s daughter Mary. Condrell, considered by many to be the godfather of Buffalo’s modern-day chocolatiers, opened up a second Garden of Sweets on Bailey Avenue and would come out of retirement in the 1960s to open Condrell’s Candies and Ice Cream Parlor on Delaware Avenue in Kenmore.

Meanwhile, Rich King was busy growing up in South Buffalo and West Seneca. He always wanted to have his own business, but it wasn’t until his parents Sandy and Doug King agreed to back him that he could. They offered their home as collateral to finance his dream. He opened King’s Kandy on the upper level of the Galleria Mall in 1989 and hand dipped strawberries and other fruit. After developing a following and opening a second location in the Boulevard Mall, Rich was fortunate to meet long time Buffalo candy maker Clarence Drescher.

Drescher sold King his warehouse, his equipment, and his recipes, but it is the knowledge he passed on that the candy maker credits as most important. Their tutelage grew into a friendship that lasted until Mr. Drescher’s death in 1997.

Buying Condrell’s in 1996, seemed like a natural fit for King, who possessed a desire to marry ice cream to his chocolate and candy offerings. Hesitant to scare away any customers used to the old familiar Condrell’s name, Rich didn’t change it for several years, despite his Grandfather’s protests, but as new candies and sundaes appeared, customers began to ask questions.  Rich has never been content with just making the current favorites and is always raising the bar, thinking outside the box, and coming up with new creations.

As time passed, the name King Condrell’s was slowly integrated because of the many years of sweet excellence and experience that each confection and sundae created here truly continues to represent. And each day Master Chocolatier Rich King uses his passion for the art and science of candy making to offer you delicious, new, and unique treats! 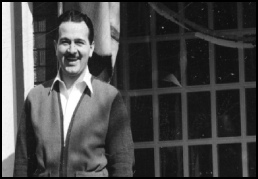 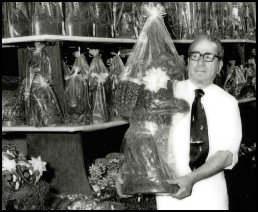 (Clockwise, from Left) Nick Condrell, holding a large Chocolate Easter Bunny, 1969.  Melissa and Rich King, and “Aunt Karen” pose in honor of the remodel, before the Grand Reopening in 2017.  The Kings enjoy a moment together in a booth seat - Melissa, Adriana, Rich, and Zachary, 2016.  Clarence Drescher poses in front of his Fillmore Avenue store, 1944. 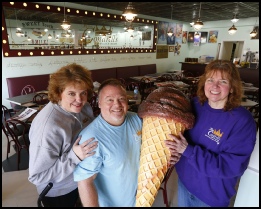 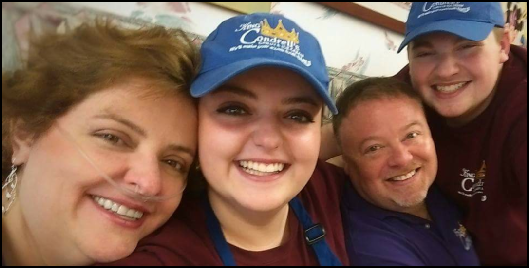